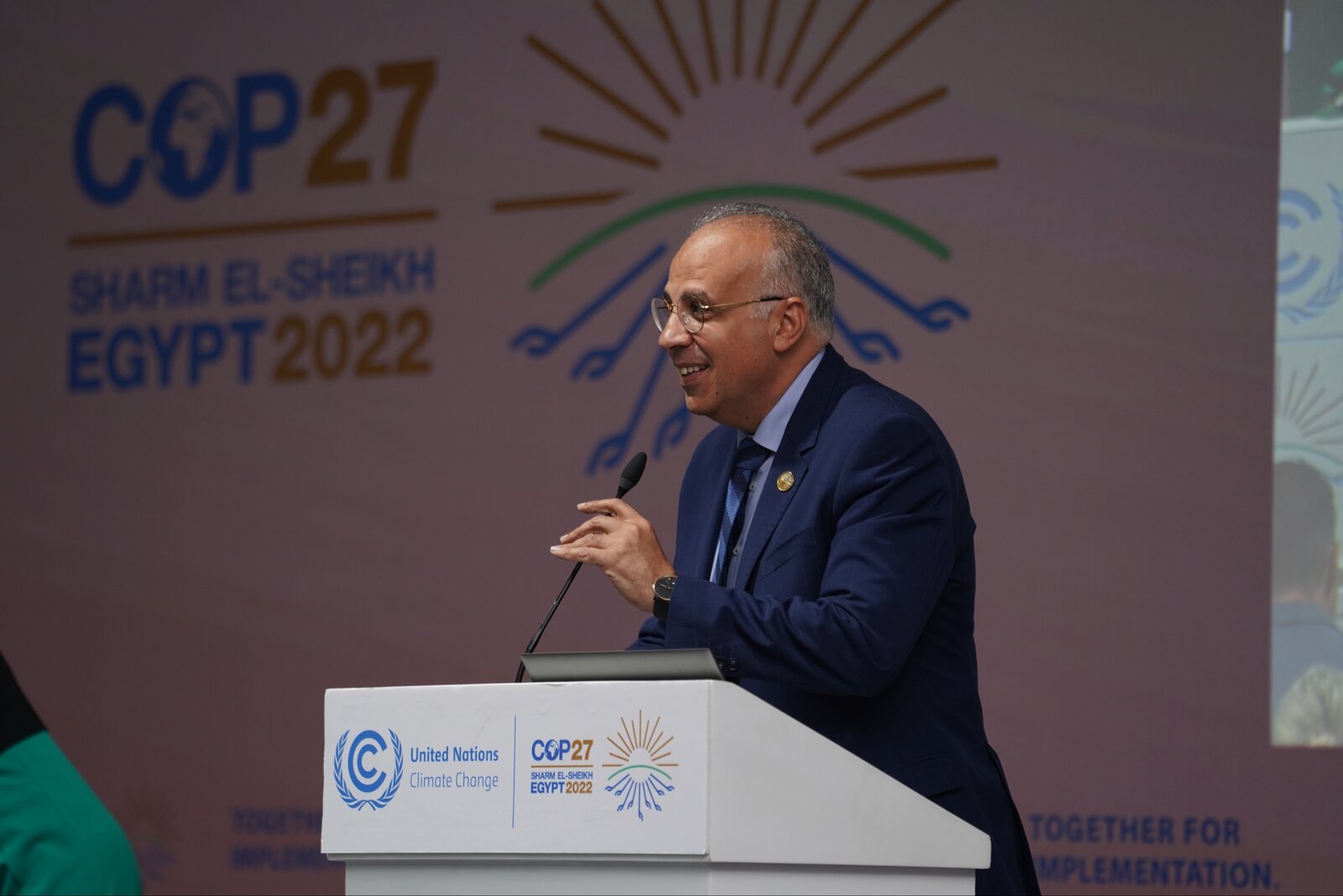 Loss and damage funding could involve:

This is still very much a work in progress and could change before being adopted at the end of the summit, Reuters reports. We won’t even begin to highlight all the areas that are going to require far more specific, concrete commitments if poorer nations are ever going to acquire the financial resources necessary to decarbonize their economies — let alone adapt to the damage that has (and will) be done.

Landing an agreement won’t be easy: Wealthy nations have long refused to discuss the subject of compensation and fought tooth and nail to try and get it off the agenda for the summit. US climate envoy John Kerry put it bluntly last week, telling the conference that “it’s just not happening.”

Progress in week one was slow, to say the least: Representatives from developing countries have spoken in harsh terms about the lack of progress in negotiations over financing, with one calling it a “betrayal of vulnerable communities” and nations. “All of the crunch issues have gotten logjammed,” another said. “You’re going into the second [week] with most of the big negotiating issues unresolved.”

Egypt thinks the summit is salvageable: Egypt wants to get all countries on board with a “cover text” by Friday, COP27 President Sameh Shoukry told the summit yesterday. This will set out agreed targets and commitments and provide a framework for negotiations to continue at next year’s COP28.

MEANWHILE- The G7 will provide (a little bit) climate disaster relief: G7 countries yesterday announced a EUR 210 mn “Global Shield” initiative that will pay out ins. to countries affected by climate-related disasters. The initiative will be backed by EUR 170 mn from Germany and EUR 40 mn from other countries and when it is set up in January 2023 will provide money to Pakistan, Ghana, Fiji and Senegal.

But some are calling it a distraction from the wider conversation on loss and damage and questioned its focus on ins: Harjeet Singh, head of global political strategy at the Climate Action Network, called it “yet another distraction strategy … to delay progress on loss and damage.” Barbados climate envoy said they are “not yet persuaded” on the ins. elements of the plan. “Using insurance is a method in which the victim pays, just in installments in the beginning,” he said, calling for grants to be issued instead.

AU, AfDB and Africa50 launch new alliance: The African Union, African Development Bank Group and Africa50 launched the Alliance for Green Infrastructure in Africa (AGIA), saying that committing some USD 500 mn in funding will help deliver another USD 10 bn in capital for green infrastructure projects on the continent, according to a statement.

Who’s on board? The European Investment Bank, EBRD, French Development Agency and others.

The details: AGIA intends to raise up to USD 500 mn to offer early-stage project development capital — with the aim to drumming up to USD 10 bn worth of green infrastructure investment on the continent, the statement says. Investment will be mobilized through co-investments, co-financing, risk mitigation and blended finance from alliance members.

Where will the funding go? AGIA is focusing on the energy, transport, water and sanitation sectors, as well as health, broadband, urban and rural infrastructure. Both large-scale projects — like huge solar or green hydrogen plants — and smaller initiatives like cleantech, energy storage or e-mobility projects will be eligible for support.

Egypt’s COP27 Presidency launched the Aware (Action for water adaptation and resilience) initiative yesterday in partnership with the World Meteorological Organization in a bid to address inclusive cooperation to water related challenges and solutions, according to a statement (pdf). The program aims to develop policies that will ultimately help improve and preserve access to water as communities adapt to water scarcity. Its focus will include support for sustainable wastewater management, sanitation policies and strategies, and improve early warning systems for extreme weather events.

DECARBONIZING THE GULF OF SUEZ-

Egypt to work on decarbonizing the Gulf of Suez: The Egyptian Natural Gas Holding Company (EGAS) signed an MoU with US conglomerate General Electric and subsea robotics firm Seasplit Technologies to explore developing 1.5 GW of offshore wind power in the Gulf of Suez, according to a joint statement. The facilities will be used to power offshore oil and gas facilities.