…Made in the UAE 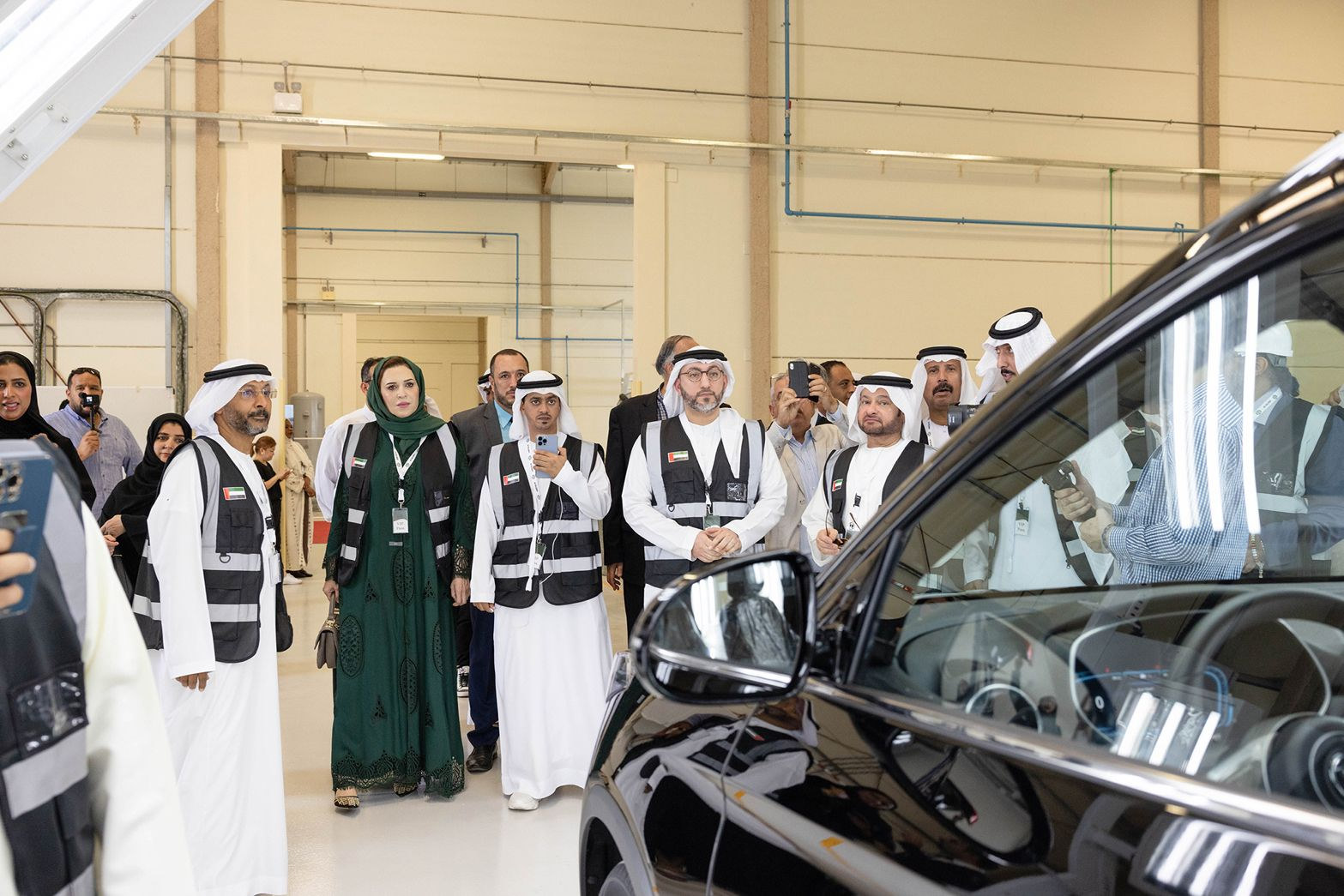 The first EV assembly facility in the UAE was inaugurated in Dubai yesterday, according to a statement from Dubai Industrial City. The AED 1.5 bn Al Damani Auto EV plant can currently assemble 10k cars annually but it plans to raise the production capacity to 55k cars per annum over the coming few years. The factory will likely produce two models of Al Damani DMV300, which has a battery capacity of 52.7 kWh and can cover more than 405 km on a single charge. M Glory Holding Group, which owns Al Damani Auto, began construction on the plant back in March, according to the National.

Exports from the plant a comin’: M Glory said at the time its EVs will be exported to the wider GCC region, Egypt, Tanzania, Senegal, Mali and Kenya.

The first of many: Nwtn Motors signed an agreement last month for an EV assembly facility that would produce 50k vehicles a year. Dubai’s Jebel Ali Freezone is also home to the region’s first EV and battery logistics hub operated by DHL and the Dubai EV green charger initiative is contributing to expanding the infrastructure to support a gradual transition to EVs.

Thanks to smart policy: The UAE has made EVs and other green technologies a crucial [art of its Net Zero 2050 Strategic Initiative. Earlier this year, Abu Dhabi launched its regulatory policy for EV charging stations with the aim of attracting investments in the sector and encouraging consumers to buy and drive EVs. The UAE’s charging station to vehicle ratio is among the world’s highest, with the aim to have over 1k stations by 2025, according to a 2021 report by Clean and Energy Business Council MENA.

Which has been getting widespread recognition: The UAE was ranked #8 in Arthur D. Little’s Global Electric Mobility Readiness Index (GEMRIX) (pdf) — the only MENA country to be featured.

AND MORE INFRASTRUCTURE SEEMS TO BE COMING ALONG-

Germany’s Siemens is looking to sign agreements to develop EV charging stations and other EV infrastructure in the UAE, chief executive of smart infrastructure at Siemens Middle East Franco Atassi told The National last week. In June, the German engineering group signed an agreement with the UAE’s Ministry of Energy and German carmaker Audi to build a network of EV chargers across the country in an effort to encourage higher EV adoption as the government builds out the country’s EV infrastructure. As part of the agreement, Siemens will set up 10 Sicharge D 160 kw ultrafast chargers on motorways in Ras Al Khaimah, Ajman, Umm Al Quwain and Fujairah.

WE GOT BIG ANNOUNCEMENTS ON THAT FRONT AS WELL FROM STARTUPLAND-