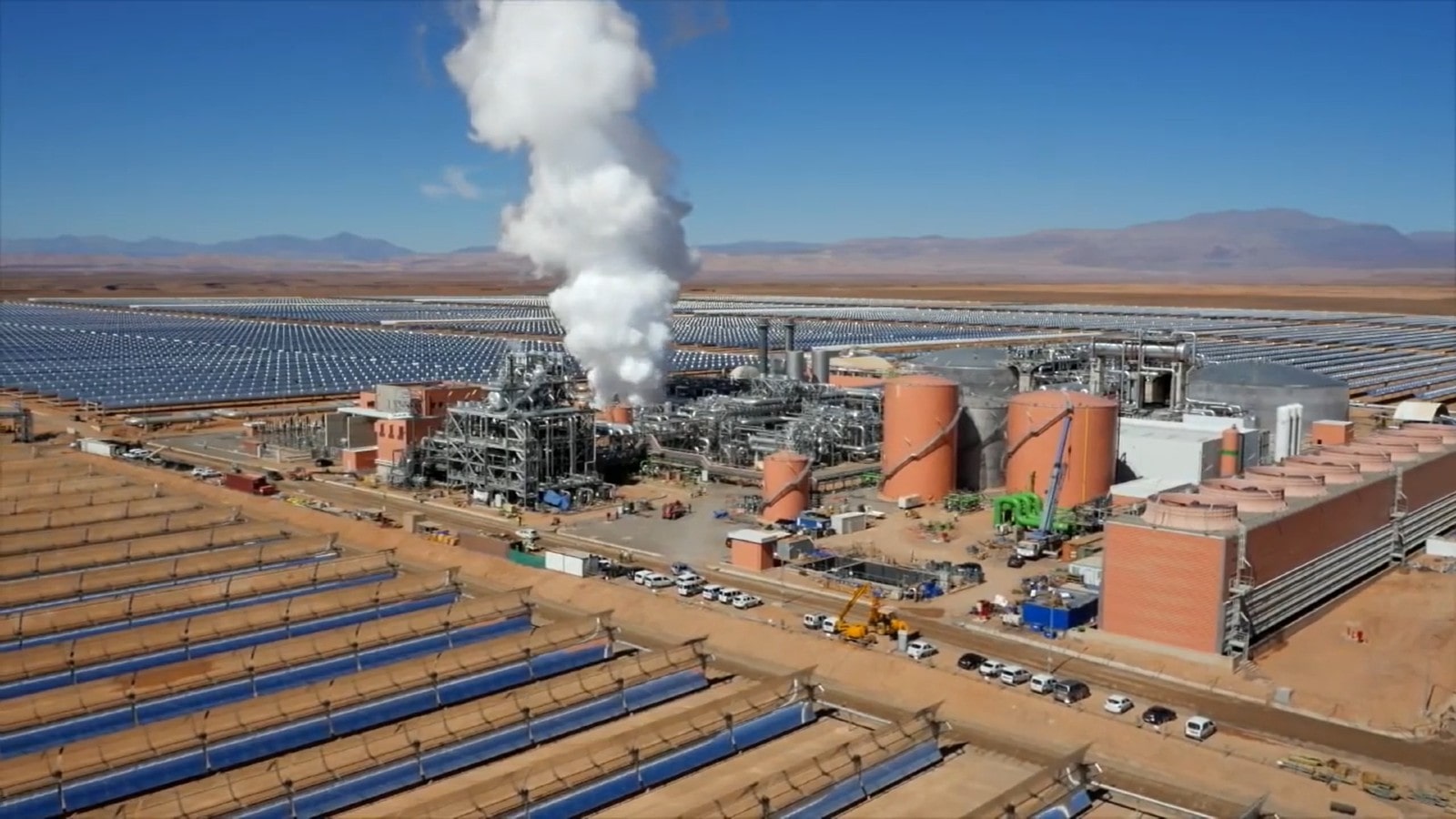 How Morocco is positioning itself as a global leader in renewables with one ambitious megaproject: Morocco’s ambitions to become a global leader in renewable energy got a major shot in the arm back in 2021, when it announced plans to generate a whopping 10.5 GW of solar and wind energy from just one project and on-site battery storage by 2030 — far outstripping regional rival Egypt’s Benban solar park’s 1.8 GW.

With plans to become a major electricity exporter to the UK: The project aims to export 3.6 GW of electricity to the UK through four sub-sea cables stretching 3.8k km — potentially the world’s longest undersea electric cable connection. When completed, the project is expected to supply 8% of the UK’s electricity needs.

The kicker? The cost: The project is expected to cost USD 18 bn. As of May, Xlinks — whose board members include ACWA Power’s CEO Paddy Padmanathan — had raised an investment of undisclosed size from UK-based energy supplier Octopus Energy Group and was in talks to for additional funding.

It uses different kinds of solar tech to produce energy: Noor I and II use one kind of concentrated solar power (CSP) technology, and Noor III uses another, while Noor IV will make use of photovoltaic (PV) cells, Benali told King. CSP — which uses steam generated from heated water to produce electricity — requires collector and generator systems, and is more expensive and water-intensive than PV. These days, it’s most widely used in hot countries like Spain and Israel. By contrast, PV — which produces electricity directly — is the most widely used solar tech in the US and Europe, as PV cells have become very inexpensive.

CSP can store energy and extend power availability: CSP’s big advantage is that it can store power, helping to resolve the issue of peak energy demand often coming at night or early in the morning, when there is no sunlight. Surplus heat from CSP renewable energy production can be stored in molten salt and used when needed — “for electricity generation or other purposes,” King noted. Noor I has three hours of storage capacity, while Noor II and III have seven hours each. Benali hopes that stored solar heat could also be used for hydrogen production or desalination, she said.

Morocco is also eyeing more exports to existing markets Spain and Portugal through its existing two electricity interconnections with Europe, Benali said. Morocco’s two electricity interconnections with Europe have a total capacity of 1.4 GW. Power flows both ways between them, “depending on generating and market conditions in Europe and Morocco,” Benali told King.

It’s good news for Europe, which is looking to lock in more of its energy needs from MENA after pulling back from Russia. Members of the European Union and the UK are looking to buy more electricity from North Africa and more natural gas from Egypt and Israel in a bid to lessen their reliance on Moscow now and in the long run.

As we know, linking electricity grids is a growing trend in MENA: A proposed direct link between the electricity grids of Egypt and Greece was recently said to be accelerating, as Europe looks to transition away from Russian fossil fuels. And plans for Egypt and Saudi Arabia to start linking their electricity grids have been in the works for some time, with implementation of the USD 1.8 bn project due to begin this year, the first 1.5 GW phase set to be operational by 2024, and the second 1.5 GW phase to follow a year later.